It’s another welcome Wednesday. It’s the middle of the work-week. New comics are waiting on the shelves. New episodes of LEGION—a show that has captured my imagination (we’ll talk later)—and the season 12 finale of It’s Always Sunny in Philadelphia premiere. For a guy like me, Wednesdays have been eventful. What another superb reason to blog it up! Ammirite, “website?”

Since I’ve added MattyLovesPodcast to iTunes, the show has almost 1,400 plays in a month. Super-proud of the show. Last week I uploaded Episode #55 where I was joined by the lead matchmaker and commentator for CWF Mid-Atlantic Pro Wrestling, Brad Stutts. It was a wonderful hour and hope to have him back on the show soon. This week, “Dr.” Tom Lucas, author, mentor, “Street Shaman of Geekdom,” returns to the show.

That said, here’s a bit of a primer. People who know me understand that I’m the type of person that still has a hard time acquiescing to comic book films and television. As the years gone by, I’ve been able to simply have fun sitting through the more recent super-films, whether they’re “good” or not. I recently watched Doctor Strange for the first time. It’s a fun film. Interestingly enough, Strange is pretty much the first Iron Man film when you break it down. While I was watching it, the plot definitely felt very familiar. Disney is all about working with a formula. The animated tales do it. Why not the super-hero stories? I have a working treatment written for a Backlash story. It’s Rambo: First Blood, Part II, essentially. Although I wish the producers and directors would use the actual comic books as storyboards for their films, I don’t have a problem recycling successful plot structure and pace of film.

Quiet, “Ed.” With all that said, I think that Netflix’s Daredevil may have some competition as far as being one of the best live-action, comic book television shows/motion pictures in recent years. I love what Marvel’s done with DD and the utilization of Netflix as a means to tell more stories. One thing I haven’t loved is what the X-Men have been through on the pages of the comics and also on the big screen. Legion is FX’s first attempt at bringing in the X-Men’s cinematic universe to cable television. I think they have something here. Those of you yet to watch the show, or are unfamiliar with the former New Mutant/X-Man, have no fear. In a nutshell, David Haller is a reality-warping Mutant who suffers from Dissociative Identity Disorder. Each of David’s states of personality have their own power sets. He has thousands. Some are more dominant than most.
Legion’s an Omega-level Mutant. In other words, he can basically do anything. So, I’m four episodes into the show and I don’t believe 80% percent of what we see as an audience. Only because this dude is crazy powerful. He could be making a lot of this stuff up, creating a lot of the characters himself. He’s powerful enough to “split” a personality off into a living being. Hell, he’s got a personality that can multiply as it is! Visually, this show impresses me how they show us David Haller function—powers, thoughts, memories. Each episode raises more questions. It’s good stuff. Check it out.

I recently broke out some “deep cuts” from my comic book inventory. One series I collected as a kid but never read as an adult is Todd McFarlane’s Spawn. There are specific issues I remember flipping through as a kid, but I wasn’t old enough to understand the concept. After a little more than 20 issues, I enjoy everything thus far. Even back in the late 90’s, I remember reading somewhere about Spawn falling off and never really regaining its strength. Once McFarlane returned to the series as the writer for issue 185, I read about “New Spawn” but I didn’t retain a lot of the “Endgame” story arc. I just finished Grant Morrison’s run with Greg Capullo about “Simmonsville.” After doing some research, I found out that Morrison never returned to write more Spawn stories. It’s a shame because he really has a grasp on the concept of the title. I’ve promised myself that I’m going to read until Al Simmons’s ∞:∞:∞:∞ runs out. I’m sure it happens, he fights Malebogia or the devil or whomever, and the story continues. We shall see.

Speaking of comics, last week’s lot went over great with by brain. Superman #18 kicked off the “Reborn” crossover event with Action Comics (out this week). Last week I wrote a bit about “DoppleClark”—this weird, Clark Kent who isn’t Superman, but acts like Clark with the mind of a 15-year old. He loves candy and can warp reality. This character is one of three Superman villains of the past:

1 – Superboy-Prime. This guy is one of those Superboy from an alternate timeline. The only difference is that this Superboy was the son of Earth-Two Superman and Lois Lane from Crisis of Infinite Earths. Superboy really went off the deep end once Alexander Luthor imbued him with Anti-Matter powers. At the peak of his power, Superboy-Prime could essentially warp reality. He punched through it during Infinite Crisis. Fingers crossed.

2 or 3 – The last time I remember seeing Mister Mxyzptlk (who has already been revealed as “Clark,” apparently) was in Grant Morrison’s run on Action during the New 52 era where a new entity from the 5th Dimension, Vyndktvx, incapacitates Mxyzptlk then goes to war with Supes. Both of these characters can warp the crap out of reality. The main question raised after Morrison’s conclusion was who really caused all the chaos? Mr. Mxyzptlk or Vyndktvx?

Someone knows everything about Superman and Lois from New Earth/pre New 52. I would have to guess that this villain is from somewhere beyond the current DCU.

The Clone Conspiracy Omega wraps up the arc focusing in on Kaine, Spider-Gwen, as well as showing what’s next for Ben Reilly and Peter Parker. Anytime you strike a deal with Kingpin—whether he owes you or vice versa—it’s not a good thing. He gives Spidey a piece of information at the close of the story which will spiral into the next event, The Osborn Identity. 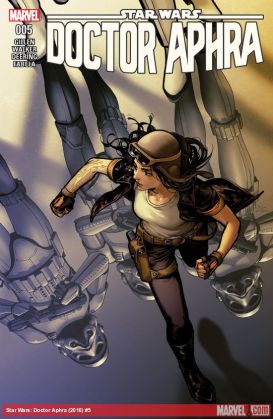 Let’s take a look at what’s on tap this afternoon!

Light week and I ain’t complainin’. Keep on the look-out as I have another blog post due out some time later this week. Speculative comic book scenarios!! Exciting! Thanks for the read and I’ll catch you later! 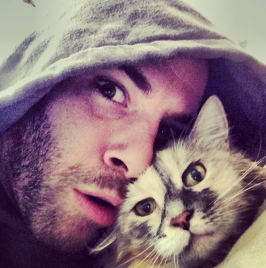