Hey, gang! This week’s entry will be a rather short one. It’s been a busy couple of weeks. However, it’s no excuse to not keep up a discipline. I’ve enjoyed my return to the “Blog-o-sphere.” It also serves as a nice companion to my podcast, which is about to drop more pro-wrestling content as the “big week” steadily approaches. Speaking of, I’m looking at a nice, long weekend of cleaning my home as guests start to arrive this Monday for Wrestlemania weekend, next weekend. Good thing I got some needed entertainment out of the way last week. I’m going to be stressed for the next few days.

I finally watched Kong: Skull Island. To my pleasant surprise–at the film’s core—Kong’s a monster movie. The only reason I was surprised at how much of the film was a monster mash is solely based on previous attempts to reignite the fire of movie monsters. They all kind of sucked respectfully. The unfortunate aspect of KSI that I found similar to the crappy monster movies of years’ past was the A-list cast, working off a script an ambitious, 12-year old cinephile could write in the midst of his or her “monster film phase.” But what do I know? Did it work? Yes. That’s probably the most important thing to take away here. Kong: Skull Island is pretty cool.

The Kong fights are awesome. I’m not spoiling anything by revealing that Kong doesn’t interact with humans often, but when he does, it impacts the story on an emotional level. Oh yeah, and the post-credits scene. I’m sure a lot of people know by now what goes down. Fortunately, I was able to tune out anything “spoiler-rific,” although I had suspicions based on recent rumblings from Legendary Pictures. Not sure about you readers, but I’m not a fan on sitting through a film with a post-credit scene where nothing happens. The only exception: Marvel’s Avengers. If you’ve not yet seen Kong, think of the post-credits scene as the real story at the end of the day. Can you watch the last 30 minutes and figure out what’s happening? Most definitely. The ride is worth it, though. So is John C. Reilly. He’s hilarious.

At the conclusion of Kong, I realized that I’ve still yet to see Logan. Know me better than, you know, you, I don’t think I’m going to frustrate myself. I was totally not into X-Men Origins: Wolverine. It took me a second to remember that The Wolverine was the previous Wolvie picture, not Logan. (Which I didn’t see because of [see: prev link].) The X-Men: Origins franchise-to-be never got off the ground because (I think) the Wolverine movie pissed so many readers (me) and fans (also me) off. X-Men/X2-Wolverine works. I’m not getting into the other X-Men films—not directed by Matthew Vaughn—that have since graced us with their, um, “wonder?” Short answer: I’ve witnessed Wolverine do so much bad ass shit in the comics, I don’t want to see him take another one onscreen. 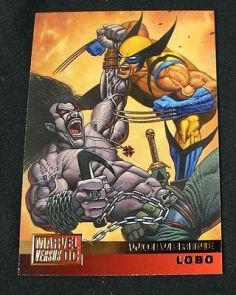 Admittedly, kids of my generation that first started reading comics in the late 80’s were enamored with Wolverine. I was eleven when first introduced to Lobo by some older kids at church who read comics. Even then I knew he was a poor man’s Wolvie. They disagreed. If Wolverine, The Punisher, The Comedian, and Rocket Raccoon were thrown in a blender, Lobo would be the gnarly result—by some weird, biological miracle. A “biker gang Superman,” essentially. Of course, I didn’t say that to those kids. Again, I was eleven. Anyway, you go back and read any Chris Claremont stories from the 80’s, “devil-horns” fly. Jason Aaron really got Logan as well. I dig that Wolverine as a character. I love the X-Men. Enjoy the films, readers. I’ll stick to the old stories instead. (Most certainly not the more recent ones.)

[EDITOR’S NOTE:] Oh, please. Not another riff on the apparent travesty that are X-Men comics of the last decade. It’s the same with fans of the Montreal Canadiens. Once, their franchise was unmatched in the NHL, but outside of a few flashes of greatness, they’ve been mediocre bordering on failures since the late 80’s. Sound familiar?

“Ed,” you just made a sound analogy referencing the National Hockey League. I didn’t know you watched hockey. I thought cricket was your game.

[ED:] Well that was racist.

I just thought that since you were from “Londonbury,” or “Oxlandshire,” that–

[ED:] You’re an imbecile. This is me taking my leave. Copy-edit your commentary regarding the “funny pages.” What’s on your pull list this week?

Sometimes it’s just too easy with that guy. Let’s press on, shall we? Last week was a hefty week of reading. It was a good week, but there was a lot of stories to dig through. This week is totally manageable to remain on-track. 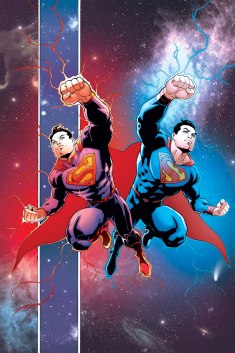 As you all know, Superman Reborn is at the top of my weekly stack. That’s pretty much the way it’s been since my first pull list back in 2000. I don’t know if I’ve ever read Superman series during a period of time where they were unquestionably the best comic books in the game. With Action and Superman each coming out every other week, the story has to be tight. I’ve stated before that Peter Tomasi and Dan Jurgens are killing it. I must also give props to Patrick Gleason, the artist on Superman, who is doing an awesome job visually introducing Jonathan Kent and his massive personality. But, yo, the rotation of artists (Patrick Zircher, Stephen Segovia, Jaime Mendoza, and Doug Mahnke) on Action Comics since Rebirth began has been most impressive. All styles work well in secession. You see this not work in some comics that switch artists like musical chairs.

Sort of like Extraordinary X-Men. It would’ve been nice if Humberto Ramos stayed on the title for a lengthy stay similar to Chris Bachalo’s art on Uncanny X-Men Vol. 3. Bachalo didn’t draw every arc, but a majority of the 30 or so issues contained his pencils. As soon as Ramos left the book’s interiors, so did my interest. Besides, as I’ve previously said, this doesn’t read like a Jeff Lemire comic. However, I am a completest. So, here’s to Extraordinary X-Men: another X-series I’ve wasted my money to complete. 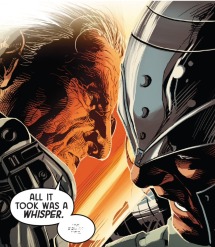 Unworthy Thor is just the opposite. This series could be some of the best money I’ve spent on entertainment in years. Why? Because this companion series to Mighty Thor answers questions that the main ongoing series cannot. Odinson is sick of the notion and rational that he’s no longer worthy to wield Mjolnir. At first, I thought Jason Aaron was just going to have Thor/Odinson accept this and we would see only one Thor in the form of Jane Foster fight the Thor-fights. Oh no. This week, readers discover what it was that the true-blue Nick Fury whispered to Odinson on the moon way back during Original Sin.

That’s going to wrap up this week’s entry. Cannot wait to crack into this week’s stack. Here’s to happy reading, gang! See you next week, hopefully!