Strenuous occupations, family issues, and other uncontrollable situations hinder people’s lives every day. Oftentimes, individuals need a momentary means of escape. In this day of technology, people all over the […]

Strenuous occupations, family issues, and other uncontrollable situations hinder people’s lives every day. Oftentimes, individuals need a momentary means of escape. In this day of technology, people all over the world can utilize that moment of escape by tapping into the latest video and music streaming services, different video game platforms, or simply dropping your head into a book the old-fashioned way, or, picking up your tablet. 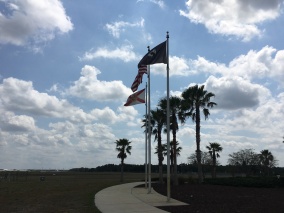 Comic books are adventurous escapes for many people. Most stories take place in grandiose worlds featuring heroes and villains with a distinctive morality— “right and wrong,” “light and dark,” “good vs. evil.” These moral lines skew in the real world. The political world could be considered one of the main moral battlegrounds. With different media conglomerates promoting their own political beliefs, there is no telling which political viewpoint is right or wrong anymore. After the 9-11 tragedy, America’s stance on military deployment overseas was a much-debated topic. In the end, the only individuals who didn’t have a choice in the matter were the American troops. They fight for our freedom, no matter what.

However, in a theater of war, some soldiers—like civilians—find themselves asking whether their position in the conflict is “right” or unjustified. In these times, soldiers need an escape from their dilemmas. In 2003, a military family regularly sent their son care packages to Iraq. He then asked them to send more for troops who never received mail. The packages contained all sorts of items and entertainment. This family’s campaign to make sure all troops received mail turned into the launch of AnySoldier, a website dedicated to making sure all American soldiers receive care packages.

In 2008, Aaron Haaland, owner of A Comic Shop in Orlando, Florida, partnered with AnySoldier’s Operation Sequential Art campaign to send troops free comic books for their enjoyment. This allows people to bring in comics they no longer read, or possibly comics taking up too much space, and then donate it to the charity. Since 2004, AnySoldier has donated comic books and other care packages to over 15,500 soldiers around the globe.

Dan Brown, a local comic book retailer explains, “[this escape from their life as a soldier] can definitely boost their moral. One of my friends specifically said it was considered a reminder of what [the troops] are fighting for.” For more information in regards to AnySolider, visit their website. If you would like to donate comic books or any other materials to U.S. troops across the globe, AnySoldier has a list of service members who state their unit’s specific needs.