are just the prologue. 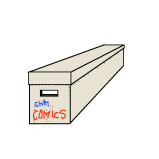 All of three of the “teasers” above were to showcase an “idea” the director and other producers were trying to sell. Unfortunately, we filmed all of this with little to no script and no real direction for where the story went beyond general character establishment. The producers wanted to sell a “tone” and didn’t follow through with completing the full script. It was fun to film, nonetheless.