Happy New Year! Oh, my goodness, I know! Where the crap has my blog and my podcast been? Well, I needed rejuvenation. Getting a Master’s degree drained me. It didn’t […]

Recorded August 29, 2017 Matty and his guest Shaun Schapira are back this week to discuss recent goings on in the comic book world. The highlight of this episode revolves […]

By mattyloves Posted on September 7, 2017

Earlier this year, Mattyloves posted an article about the sales of comic books in 2016  compared to the previous 20 years. At that point in time, there were no signs […]

The summer blockbuster sweeps are yet again overtaking the box office. Guardians of the Galaxy Vol. 2, Wonder Woman, and the more recent Spider-Man Homecoming are at the top of […]

Recorded June 6, 2017 Matty and Shaun Schapira are back this episode to talk more about comic books. Particularly, the duo take a look at some of the better titles […]

MattyLovesPodcast #63: “A Jaunt Through the Comic Book Cosmos” 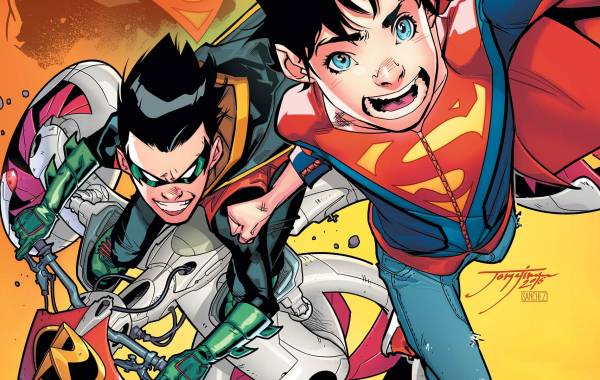 Dearest “website,” It’s been too long. For some time now I haven’t officially submitted anything from my brain onto this domain I pay for, and for that, I’m sorry. It’s […]

https://soundcloud.com/mattylovespodcast/the-wrestling-with-football-podcast-week-8-the-spider-man-with-football-podcast Welcome to the WEEK 8 addition of THE WRESTLING WITH FOOTBALL PODCAST! It’s been a couple of weeks since Matty and Grant reconvened to touch base on the last […]

MattyLovesPodcast Episode 48: “The End of All Things Invincible”

Welcome back to another exciting episode of MattyLovesPodcast! On this episode, Matt de Simone is joined by the Editor-In-Chief at EclipsePopCulture.com, Cooper Davis Smith. It’s a sad day for Matt and Coop as their […]

Welcome back to another episode of MattyLovesPodcast! In this episode, Matt de Simone is once again joined by special guest, Nick DeCicco, as Matt closes out the extended anniversary celebration of MLP. On this […]

Volume Two is about to come to an end. It won’t until you listen to the most recent episode of MLP (then it’s over). You have to listen to this before the show […]