The summer blockbuster sweeps are yet again overtaking the box office. Guardians of the Galaxy Vol. 2, Wonder Woman, and the more recent Spider-Man Homecoming are at the top of […]

The summer blockbuster sweeps are yet again overtaking the box office. Guardians of the Galaxy Vol. 2, Wonder Woman, and the more recent Spider-Man Homecoming are at the top of the 2017’s list of seasonal earnings. This is proof that comic books are impacting the entire world. While the comics continue to provide ongoing adventures of popular heroes and villains, the movies are what drive the hysteria.

The journey to the industry’s global success can be attributed through four decades of storytelling. The list of contributors responsible for creating the gods and monsters of the big screen is far too long. There are so many creative minds both long remembered and long forgotten to list. However, eight undeniable visionaries built a fantastic foundation for the entertainment world—namely, motion picture industry—to reap and score. Big.

Many of Marvel Comics’ most popular characters manifested in the minds of two men. The first, Stan Lee, rocketed onto the comic book scene in the 1950’s. He scribed the original adventures for the Avengers, the Fantastic Four, and the X-Men—all characters that have since appeared on the big screen over ten times. Comic books would not be as widely known and/or accepted if not for the incredible stories he helped create.

Over the years, Stan Lee has arguably received more credit than he alone deserves. He wasn’t alone. There had to be someone to make Lee’s stories tangible. The artist chosen for that job was Jack Kirby. His contributions earned him the nickname, “The King.” Kirby designed the likes of Thor, The Hulk, Ant-Man, The Wasp, Galactus, Dr. Doom, and Loki—and like Stan Lee, millions see them all in action every summer on the big screen, expanding the comic book culture year after year.

Comic books aren’t immune to controversy both within the pages and the industry. One of the 80’s most influential creators, Alan Moore, birthed ideas for DC Comics and Marvel Comics which changed many readers’ perspectives on the depths comic book storytelling could go. Moore’s opus, Watchmen, published by DC Comics, reflected on the real-world society in 1985. The story in itself is a page-turner, but when you couple Moore’s issues with DC Comics over further prints of the Watchmen graphic novel (the twelve single issues collected as one collection), you realize that Moore’s legacy could have been even more impactful in the vein of a Lee or Kirby. Regardless of the controversies, Moore’s Watchmen and League of Extraordinary Gentleman met box office success.

Frank Miller unearthed a darker, grittier side of storytelling. Like Moore, Miller peels back the skin of the modern-day super hero and reveals a more true-to-life, complex individual. Miller’s work on comics containing DC’s Batman and Marvel’s Daredevil shaped the visualizations and tones which appear in Tim Burton’s Batman and Netflix’s Daredevil. He too isn’t a stranger to controversy. Although he gained acclaim as a comic book artist, Miller truly hit his stride with his Sin City series as both artist and writer. These series of stories eventually made it to Hollywood as well.

Although most creators on the list impacted the box office, Grant Morrison’s contributions brought forth a new “style” to the super hero. His DC Comics run in the late 1980’s and early 90’s on books like Animal Man and Doom Patrol brought him to the table of top comic book creators, but it wasn’t until Marvel Comics gave him the X-Men that Morrison really made a global impact. He took the X-Men and put their mythos on its head. Along with his frequent collaborator, Frank Quitely, the X-Men dawned black leather and threw out their colorful costumes, for instance. The X-Men who now appear in the movies wore uniforms based on Morrison and Quitely’s New X-Men designs. This is an example of how a simple design and change in direction can trigger a Hollywood executive to fund a film based around the overall look and feel of a comic book.

Captain America: Civil War was the most successful super hero action film of 2016. The movie’s plot pits Captain America (Chris Evans) and Iron Man (Robert Downey Jr.) against one another as the other heroes of the Marvel Studios cinematic universe choose a side. Ten years prior to the film’s release, Mark Millar penned the story which became the premise to the 2016 summer blockbuster. Much like Alan Moore and Frank Miller, Millar found success producing films based on comic books he created outside of the Marvel Comics or DC Comics banner. Wanted, starring Angelina Jolie, released in 2008, was based on a Millar comic book.

Comic books’ existence in pop culture spans three quarters of a century. One key formula keeping this genre of entertainment fresh is reinventing the characters and worlds in which they exist. Brian Michael Bendis arrived at Marvel Comics in 2000. Through the launch of Marvel’s “Ultimate” line of comics, Bendis went on to reinvent characters like Spider-Man, who received a modern-day makeover, and set a template for future Spider-Man films. Netiflix’s Jessica Jones is based on the character Bendis created. Like Morrison, Bendis’ stories and reimagining of renowned characters helped pave the way for the way Marvel Entertainment presents its characters on the big screen.

One of the more interesting origin stories in the comic book industry comes by way of Geoff Johns’s tale. He started out his career in entertainment as Richard Donnor’s assistant. From there, he went on work for Marvel Comics, and then landed permanently at DC Comics. His first claim to fame was reinventing the Green Lantern comic book mythos, which elicited interest in a Green Lantern film. That project landed in theaters in 2011. Johns gave new life and origins within the Flash and Aquaman comics as well. He has since become the Chief Creative Officer at DC Comics and gone on to produce Green Lantern, Batman v. Superman: Dawn of Justice, Suicide Squad, and Wonder Woman for DC Entertainment. 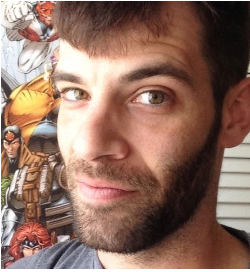