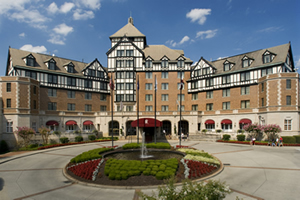 I got back from Roanoke this past Monday. After a crapbag delay at the Orland-Sanford Airport on Friday afternoon, which killed my day (and would’ve prevented me from entertaining any masses if there had been wrestling possibly in the Mid-Atlantic area that Friday night). So, I pretty much had only Saturday and Sunday to spend with my family, which I did. It was a good time. I enjoyed seeing all of the de Simones from PA and meeting all of the new in-laws. In 32 years of living in Roanoke, never once had I drank in The Pine Room. Ric Flair did. So, now I can cross that one off. After a surprisingly smooth flight from VA back to Orlando, here I is.

Hey, speaking of pro-wrestling stuff, I currently have a new blog I’m working on where I give me take on where I think pro-wrestling is headed in the next two years or so. I’m sort of piecing it together while researching because I don’t want to just sound like I’m fantasy booking the industry. I feel there is a possibility of some of this shit coming to fruition. It should be up in a few days.

PHILLIES UPDATE 2016: Look at April’s calendar, then May’s. That’s all I have to say. I can’t complain that they’re 26-26, but after watching a lot of their games in the first two months, they’re better than .500. Not much, but at least five games better. 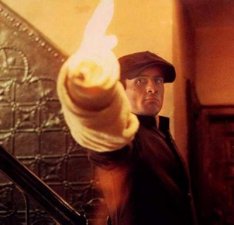 Outside of applying to jobs, working on my own personal projects and at the job that pays my bills, I need to be entertained. I always have something going on in the background. Over the course of May I watched a lot of the WWE Network’s Monday Night War, 1995 programming, and the podcasts and original docs. I finally completed The Flash season one. WOW. I have all of the second season on my DVR. When I hung out over at my friend Pete’s last week, he had The Godfather Part II on. I haven’t run through them all (yes, even Part III) yet this year. Only issue is that they are hard films to run while I’m working because 45% of the films are in Italian. I’m Italian, but there’s only so much I know due to the fact that I didn’t grow up with any “F.B.I.s” around. I like to do the Godfather At Night month to where I watch, like, 30 minutes of it every night before I go to bed. It’s sort of like reading a book.

Now I’m talking about reading so why not get to the comics!

First off, I was wrong about the new Superman “shield numbering” system I mentioned a couple weeks ago. Turns out, it was used only to help keep track of the death of “New 52” Superman. Thankfully, the four issues I read out of the eight released were enough to effectively tell the story and give me the feels. I kind of wanted them to go back to that, but this tells me they don’t have any “long cons” within the story to utilize the shield numbers. Oh well.

DC Rebirth #1 was totally fine by me. Holy geez. When Barry pulls Wally from The Speed Force? When we get to see what everyone is up to and kind of give a shit about everything? Justice League #50 was money. Superman #52 was so money. Trust me, go out and read JL #50, Supes #52, then Rebirth #1–great fun is on the horizon for longtime DC readers who have grown a bit sour towards the end of the “New 52” era. Some people are butt-hurt about the whole Watchmen resurgence and incorporation with current canon. Get over it. Go join all of the “Captain America Shouldn’t Be A Nazi” supporters who totally believe that this is, and always has been the case with “Herr Rogers.”

I think I’m done with the “keep comic books ‘comic books’” thing. Screw it, maybe some of these characters that we consider “untouchable” or set-in-stone should have something completely whacky happen to get new readers. As a writer, I’ve grown to understand why creators do this over the past decade of reading comics. Believe me, they’re not doing this shit because they know a lot of fans absolutely love Dr. Manhattan. They’re doing this because they want to connect everything that’s ever happened in DC Comics together. If we get Superman vs. Dr. Manhattan–okay. I’m not sure anyone stands a chance against the blue Doc, but if they find a way to reverse his condition/powers–wait, I may be speaking too soon, Batman.

On the airplane, I read a lot of books I needed to catch up on. Tokyo Ghost is pretty awesome. Sean Murphy’s art is so dope. I love his vehicles.

The Mighty Thor is also fantastic because it’s still playing off of things that happened back in God of Thunder during the first “Marvel NOW!” campaign. It’s gratifying to know I’ve been reading a continuous Thor story for four years or so. Wish more books did that.

Extraordinary X-Men needs to break free from this “Apocalypse War” and do other stuff. Counting the days. I’m still not into the direction of the entire X-Universe, but Jeff Lemire is doing his best with this title.

So what’s up for today? 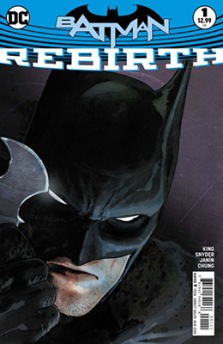 I have a good mix here, I think. I’m rolling along with Tom Taylor’s All-New Wolverine. Logan is one of my favorite comic book heroes of all time. Laura ( the former “X-23”) is the female clone to Wolverine. Less hairy (probably), kicks a lot of ass, and would make a great “my super hero girlfriend.” Marcio Takara provides the pencils. He has an X-Men piece that’s been the desktop backdrop for my old Macbook for years.

Becky Cloonan’s first issue as scribe for The Punisher volume 146 is entertaining. Steve Dillon is back drawing Frank Castle. With those two sentences alone, you should be reading this comic.

And of course there are the Rebirth issues for both Batman as well as Superman. Green Arrow also has one out today featuring he and Black Canary. Glad they’re back together. Never been a GA guy though. Let me know if it’s worth checking out.

That’s about it out of me today. Like I mentioned before, I’ll have that pro-wres centric blog up by the weekend. Until then, I’ll see you all next week. 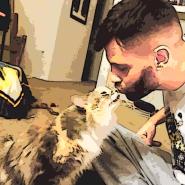 Matt de Simone cannot for the life of him get “Southern Cross” by Crosby, Stills, and Nash out of his head. It’s awful. You know what else is awful? People refer to the trio as “CSN.” They get an acronym. I don’t think they deserve it. Neil Young is the piece that holds it together. “CSNY” all day. Matter of fact, Buffalo Springfrield all day. Matter of fact, The Hollies all day, son. What up, T.T.?